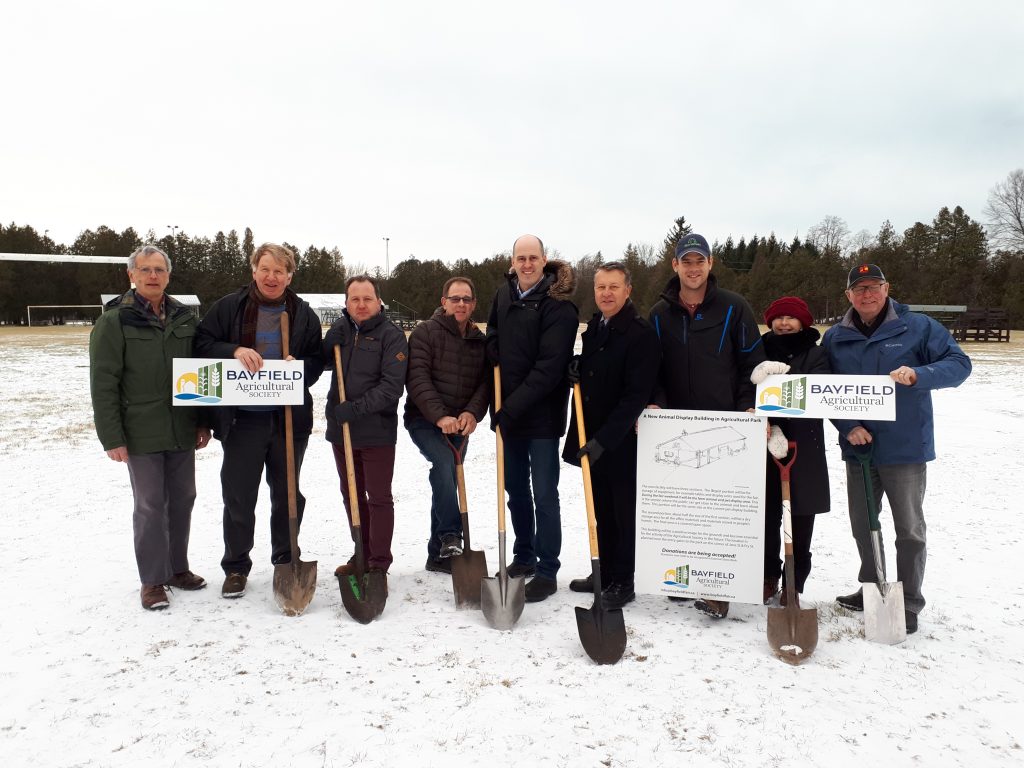 Though the day was bitterly cold, there was nothing but smiles from everyone as the Farm Animal Display Building Committee for the Bayfield Agricultural Society and guests posed with their shovels in hand ready to break ground for the project.  The Bayfield Ag Society decided to replace its Animal Display Building over a year ago.  When the weather becomes warmer a new building will be constructed near the front gates of the park.  It will not only include a facility to let fairgoers interact with local farm animals but also include a section that will be storage but serve as an administrative centre during the fair.

The County and municipality of Bluewater were thanked for their support in the project before everyone left for warmer places.  The fundraising for the project is in its final stages thanks to the generosity of the extended community of Bayfield.  Several agriculturally related organizations and many families were very generous with their support.  Supporters will be recognized through engraved bricks which will be integrated in a donor wall.

The project proves that the Bayfield Ag Society is looking to the future by ensuring vital infrastructure will make the park a safe and inviting place to visit.  This new building will be a positive image for the grounds for generations to come.  The opening of this new structure will take place during the fair which will be held from August 16-18.