Agricultural Societies which organize the community fairs in Ontario met this past weekend in Toronto. District Directors choose a few items from every fair to be on display for the weekend. Ella Lehnan-Baker’s horse head made of beans and Emma Brown’s homemade purse were chosen to represent the Bayfield Fair. Some of the competitions at the fair level continue at the District and finally provincial level. This year Cate Thompson won the first two levels to represent Bayfield Fair for the kindergarten to Grade 4 poster competition in Toronto. In addition Jordan Berard won the rights to send an entry in the chocolate chip cookie competition. The local Agricultural Society was very proud of these entries and the young people who took the time to create and enter them. They certainly represent the future of fairs.

A few firsts were unveiled at the Annual Meeting this year. This was the first year the organization OAAS (Ontario Association of Agricultural Societies) had a General Manager. Mark Beaven was hired for this role and comes from Dungannon. He used the AGM to reveal some exciting developments with the organization. With some fanfair the new logo was presented. It gives a complete new branding for the association. The green represents growth, the red stands for the red ribbons given out to winning entries. The barn and furrows and wheat stalks symbolize rural Ontario. Another exciting development was the announcement that the Stratford Theatre has partnered with the OAAS. Any Ag. Society member will be able to get a reduction on tickets they order. Mark introduced the new website to the over 1000 delegates. Information will be much easier to find.

At the local level Bayfield will hold its next meeting on March 11 at 7:30 pm. Dave Bieman is creating a manual for running the parade. If there is anyone willing to chair the parade committee, please phone 482-9296 or email info@bayfieldfallfair.ca. Next year we also require a volunteer to chair the Friends of the Fair Committee. This committee writes letters obtaining donors for putting on the fair each year. The Directors have confirmed that there will be a midway this year with lots of lively music. The Directors are considering a request to hold an additional horse show also at the fair. This will almost fill all the grounds in the centre of the park. During the last two months several young people have expressed an interest in volunteering and being a part of the fair. Their excitement and willing commitment bode well for the upcoming fair and the last bit of planning that must be put in place. “The Bean is Supreme in 2013” may be this year’s theme but our volunteers are definitely supreme each and every year.

An Old Time Jamboree will be held during the Bayfield Fair on Sunday, August 21, from 1 p.m. to 5 p.m. upstairs in the arena. Participants can listen and dance to old favourites. The Jamboree Read more… 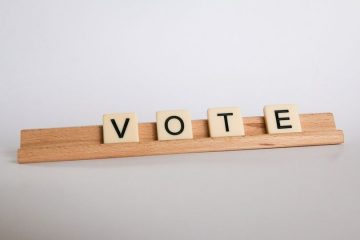